In every town, in every street,
In nearly every house, you meet
A little imp, who wriggles in
With half a sneer and half a grin,
And climbs upon your rocking chair,
Or creeps upon you anywhere;
And when he gets you very near,
Just whispers something in your ear-
Some rumor of another’s shame-
And “Little Hearsay” is his name.
He never really claims to know-
He’s only heard that it is so;
And then he whispers it to you,
So you will go and whisper too.
For if enough is passed along
The rumor, even though it’s wrong-
If John tells Henry, Henry-Joe,
And Joe tells Mary, Mary-Flo,
And Flo tells Mildred, Mildred-Ruth-
It very soon may pass for truth.
You understand, this little elf
He doesn’t say he knows himself,
He doesn’t claim it’s really true-
He only whispers it to you,
Because he knows you’ll go and tell
Some other whisperer as well.
And so before the setting sun
He gets the devil’s mischief done,
And there is less of joy and good
Around your little neighborhood.
Look out for “Hearsay!” when he sneaks
Inside the house-when slander speaks
Just ask the proof in every case;
Just ask the name and date and place;
And if he says he’s only heard,
Declare you don’t believe a word,
And tell him you will not repeat
The silly chatter of the street.
However gossips smile and smirk,
Refuse to do their devil’s work. 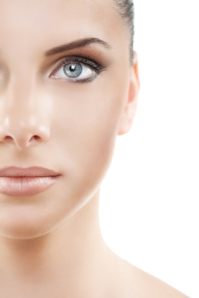 We live in an era of recreational criticism. For many, being critical of nearly everything and everyone has become an acceptable form of entertainment. This is nothing new for government officials and others in the public eye. They have long been targets of criticism. Rightly so, in many cases, yet the rush to find and magnify less developed or unrefined areas within organizations and individuals typically serves no purpose.

What is troubling is the tendency among critics to continue to criticize long after the events of their angst have passed without looking back, evaluating the current situation, and determining if their criticism is still valid. As if the critic reserves the right to dictate who can change and progress and who cannot.

Nowhere is this more prevalent than among those who post comments online anonymously. The temptation to throw rocks from behind the shelter of anonymity is intoxicating. The thrill and vanity of being a faceless voice in the public square keeps the critic from recognizing that the gift anonymity has become a cloak of hypocrisy.

Hypocrisy never looks back at its own shadow. It has no rearview mirrors. It expects but never offers apology. What power is there in an anonymous apology? The shelter of anonymity eliminates the need for the critic to account for anything.

In a day of increasing transparency, perhaps it’s time for the critic to reevaluate the point of aimless words and find a more constructive hobby.

There is no shame in admitting the present is not the past. Everyone has the right to change. Even the critic.

Recreational critics. You know them well. Whether it’s someone’s shoes, hair, or children these critics can’t seem to help themselves from pointing out flaws. It’s one of their favorite hobbies, a past time, solely for entertainment.

In polite society we turn our head away from the crowd before we sneeze or cough. Why is it that when someone has meaningless criticism and a desire to share it, they run directly into the crowd and intentionally spread it as far and wide as they can?

Even more surprising is how readily we, the listeners, adopt this critical attitude. We become hosts, drones, passing on these parasitic words. If someone sneezes on you, you’ll get over 99% of whatever bug you may have picked up. The percentages for overcoming the damaging effects of a critical nature are much lower. The antibodies come as a higher price.

Be careful to whom you lend your ear. Is there value in the criticism? Can something good come of it? If not, don’t feed the hobby.